Unknown
Sabtu, 12 Juli 2014
Today French club PSG’s all three kits for upcoming season 2014-15 has been leaked, a draft from a trusted source shows traditional home kit leak plus white away and red third kit for the next season. The official release of the kits is set for July 2014 but you can take the early sneak-peak at the jerseys right here.
Paris Saint Germain failed to beat Chelsea in the Champions League quarter finals but they would like to build on that success next season. Nike PSG kits for 2015 looks quite impressive and here are the designs.

The home kit comes in traditional, navy blue colour with white and red colour application. below is the picture of home and away kit plus the alternative kit for european games. 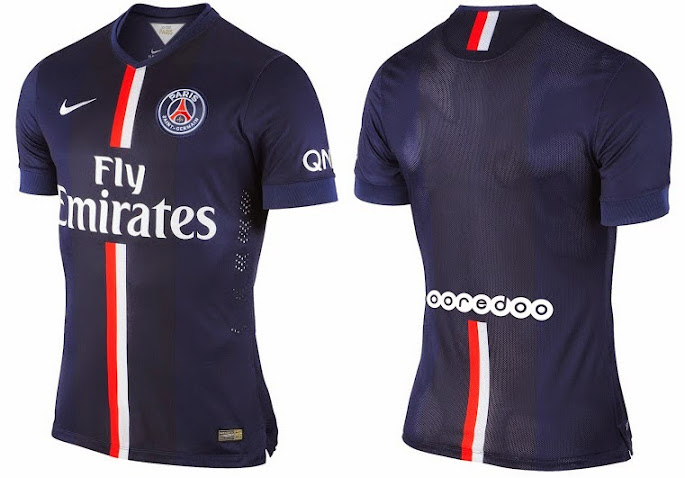 Home kit has two(red & white) vertical stripes in the front-middle part of the kit in the darker blue vertical block. The collar is unique in polo style while the Nike and Emirates Logo is in white collour. The home kit is suppose the officialy release in May 2014.

The away comes in all white colour with the small v-shaped collar and the end of cuffs are in dark blue colour so is the Nike logo and Emirates logo text. Simple yet elegant away kit. 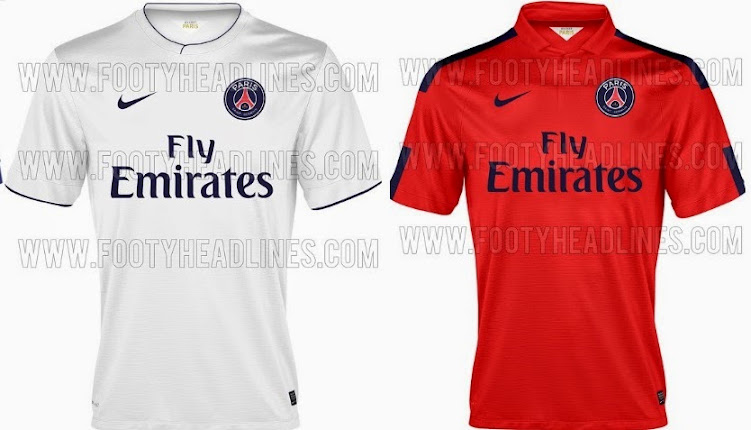 Now the alternative kit for PSG comes in all red as the main colour but has dark blue stripe on the shoulder which ends the bottom of cuffs. The away and Third kits are suppose to officialy unvieled in July and August this year respectively.